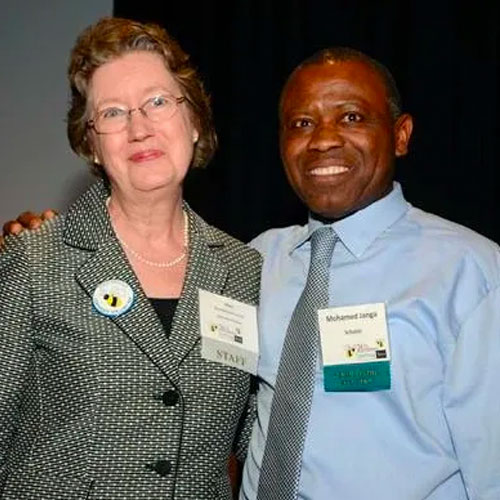 Mohamed is a hardworking widower and father who escaped the civil war in his home country of Sierra Leone. He is now heavily involved in the community and works at the Ritz Carlton Hotel where he has won the prestigious “Five Star” employee of the year twice. Mohamed became a First Literacy Scholar in 2013 with the goal of achieving a college degree to better his own future and the future of his two children. He graduated from Bunker Hill Community College in 2016. Hear Mohamed’s story — watch the video.