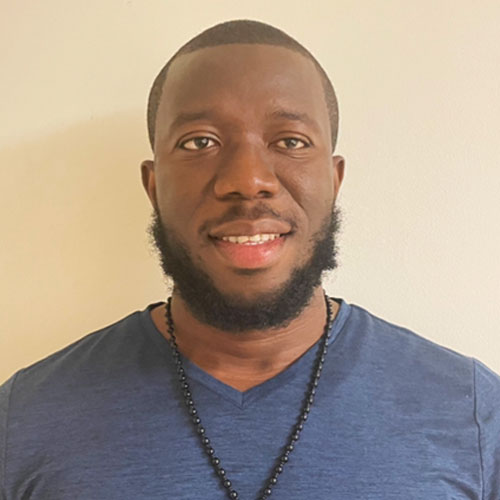 Brima is from Sierra Leone, West Africa – a country that has experienced an 11-year civil war, an Ebola virus epidemic, mudslides, flooding, corruption, hunger, and poverty. Brima moved to the United States in 2017 to create a better life for himself and his family. When he arrived in the U.S. he didn’t know anyone and could not speak, read or write English. While this was challenging to say the least, he was determined to turn his life around and help others in need. Through hard work Brima obtained his GED and is now working as a mental health associate and was recently accepted to the Bunker Hill Community College Registered Nursing Program. His dream is to become a nurse and set the blueprint for others that there is always a light at the end of a dark tunnel.

Brima is also the first recipient of the newly created Tom Brunnick Memorial Scholarship*. This scholarship will help Brima be able to attend classes full-time.

*The Tom Brunnick Memorial Scholarship has been named in memory of Tom Brunnick, who immigrated to the United States in 1921, escaping poverty and civil war in his home country of Ireland in search of a better life. He worked tirelessly to pursue his own dreams, and was ultimately able to raise five children and buy a house in his adopted home city of Boston. He was fortunate to be part of a community that supported one another; Tom’s family hopes that through this award, scholars can experience being part of a supportive community, as well.